Have you ever heard of the term “try before you buy”? Well, that is what the library likes to do before investing in new databases for students and staff. We want to make sure that these electronic resources are easy to use and relevant to the people who will be using them most often – you. So if you have a spare few minutes and midwifery and nursing is your thing then please have a play with the two databases below and send any feedback you have to Marion.Hale@ara.ac.nz. The trial for these two databases lasts until the 16th of June, so please have a look before then.

MIDIRS Midwifery Digest is an online and searchable academic journal for maternity health care professionals, students and researchers. It contains academic evidence-based original articles, reprints that discuss topics in detail, and reports and reflections on the important maternity events.

We liaison librarians are always on the lookout for things we can add to the library to help our students develop autonomously within their subject: readings and projects that might help to develop your love of your subject while providing a bit of hands-on experience.

As the liaison for the School of Engineering, I think I’ve hit on a book for all you mechanical engineers who can’t wait for a phone call from NASA to start work on your rocket. And with Kickstarter projects like ArduSat aiming to democratise space experimentation, there’s never been a better time to get your feet wet.

With that in mind, I recently purchased I still have all my fingers by Dan Pollino, shelved at TL844POL. It’s a very simple book that gives detailed, step-by-step instructions on how to build a simple, reusable rocket, from scratch, that can, according to the blurb on the back, reach almost 2km into the air at speeds of over 600km/h. Rather than write about it, I thought I’d let the author make the sales pitch for me. So take a look:

I can vouch for the simplicity of the instructions- I’m pretty tempted to give it a go myself. But if you fancy reaching for the skies in a literal sense, why not assemble your own A-team, and unleash your inner rocket scientist.

(As an aside, We have a bunch of books and ebooks on Primo to help you learn Arduino, if you have a mind to make something to run on ArduSat. Just search for Arduino.)

CPIT library have an impressive and varied collection of current fiction and with many new additions to the collection this month there is something for everyone:

Futh, middle-aged and recently separated, stands on the outer deck of a North Sea ferry. He is heading to Germany for a restorative walking holiday, yet he cannot forget his mother’s abandonment of him as a boy and his first trip to Germany with his newly single father. It was on this first trip that he neglected to do something, and this omission threatens to have devastating repercussions the second time around.  shortlisted for the 2012 Man Booker Prize. 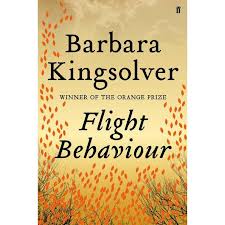 Flight Behavior transfixes from its opening scene, when a young woman’s narrow experience of life is thrown wide with the force of a raging fire. In the lyrical language of her native Appalachia, Barbara Kingsolver bares the rich, tarnished humanity of her novel’s inhabitants and unearths the modern complexities of rural existence. Characters and reader alike are quickly carried beyond familiar territory here, into the unsettled ground of science, faith, and everyday truces between reason and conviction.

In 1916 French artist Edouard Lefevre leaves his wife Sophie to fight at the Front. When her town falls into German hands, his portrait of Sophie stirs the heart of the local Kommandant and causes her to risk everything – her family, reputation and life – in the hope of seeing her true love one last time. Nearly a century later and Sophie’s portrait is given to Liv by her young husband shortly before his sudden death. Its beauty speaks of their short life together, but when the painting’s dark and passion-torn history is revealed, Liv discovers that the first spark of love she has felt since she lost him is threatened… In The Girl You Left Behind two young women, separated by a century, are united in their determination to fight for the thing they love most – whatever the cost.

Jonasson, J. (2012). The one hundred year old man who climbed out the window and disappeared.

Sitting quietly in his room in an old people’s home, Allan Karlsson is waiting for a party he doesn’t want to begin. His one-hundredth birthday party to be precise. The Mayor will be there. The press will be there. But, as it turns out, Allan will not …Escaping (in his slippers) through his bedroom window, into the flowerbed, Allan makes his getaway. And so begins his picaresque and unlikely journey involving a suitcase full of cash, a few thugs, a very friendly hot-dog stand operator, a few deaths, an elephant and incompetent police. As his escapades unfold, Allan’s earlier life is revealed. A life in which – remarkably – he played a key role behind the scenes in some of the momentous events of the twentieth century. The One Hundred-Year-Old Man Who Climbed Out the Window and Disappeared is a charming, warm and funny novel, beautifully woven with history and politics.

Billy’s Mum is dead. He knows – because he reads about it in magazines – that people die every day in ways that are more random and tragic and stupid than hers, but for nineteen-year-old Billy and his little brother, Oscar, their mother’s death in a bungled street robbery is the most random and tragic and stupid thing that could possibly have happened to them. Now Billy must be both mother and father to Oscar, and despite what his well-meaning aunt, the PTA mothers, the social services and Oscar’s own prodigal father all think, he knows he is more than up to the job, thank you very much. The boys’ new world, where bedtimes are arbitrary, tidiness is optional and healthy home-cooked meals pile up uneaten in the freezer, is built out of chaos and fierce love, but it’s also a world that teeters perilously on its axis. And as Billy’s obsession with his mother’s missing killer grows, he risks losing sight of the one thing that really matters.

Other new titles include:

When studying gets to be all too much, or just when you need a break, check out one of the library’s new fiction titles. Whatever your taste may be, you’re sure to find something here to entertain, engross or distract.

The Library has developed a set of Subject Guides to help you find information for assignments and study.

Each page brings together the books, databases and websites relevant to your study, and provides updates on new book titles, and other libary resources.

The Subject Guides are found on the Library and Learning Services website.

Look for the icon on the right-hand menu.

New books and resources are featured, and guides to the best databases and websites to use. We are keen to hear what else you would like to see on these pages, so take a look and either send us an email library@cpit.ac.nz   or comment here on the Blog.